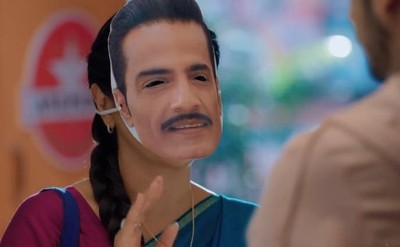 It was earlier seen that Samar was disappointed with Anupama helping Vanraj.

Samar reminds Anupama the way Vanraj ousted Anupama from Shah House humiliated her every now and then where he later broke her trust too by having an affair with Kavya.

Samar does not want Aupama to help Vanraj when Anupama also agrees and decides to turn like Vanraj.

Hence Anupama wears face mask just like Vanraj and comes in front of Samar explaining to him that now she will be the next Vanraj Shah.

Samar wants Anupama to be Anupama only

Samar gets perplexed as he wants Anupama to remain Anupama and not turn Vanraj.

Samar throws away the mask and hugs mother Anupama.

Anupama: Samar rebels against Anupama to demand shocking In...