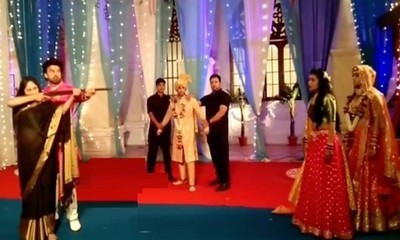 It is seen that how Reema and Vivaan’s marriage step puts Geetanjali Devi on fire.

Where Reema crushes Geetanjali’s pride under her feet by marrying Vivaan,

Geetanjali also swears to spare her but instead kill her dead.

Aarav’s little mistake puts Simar’s life in hell-like danger and this shocks everyone to the core.

While Simar’s life falls in deadly threat, will Aarav somehow save her, or she will face any traumatic injury?