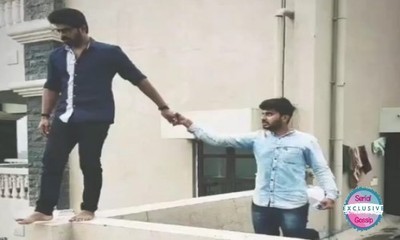 Star Plus show Mehndi Hai Rachne Wali is all set to see new difficulties for Raghav and Pallavi.

The duos are facing major ups and downs amid Mandar’s conspiracy.

While Raghav is badly suspicious of Mandar’s true intention, Pallavi is falling into his emotional trap.

Further, the situation worsens when Mandar attempts to commit suicide.

Mandar plays his mind game and emotionally blackmails Pallavi to accept him or he will die.

Poor Raghav and Pallavi’s dynamics fall as Pallavi turns to stay with Mandar until he gets fine.

It would be highly intensified to watch how Raghav will protect his lady from this imposter Mandar.