Anupama: Anupama gets triggered by Pakhi, freezes up on stage (Upcoming Twist) 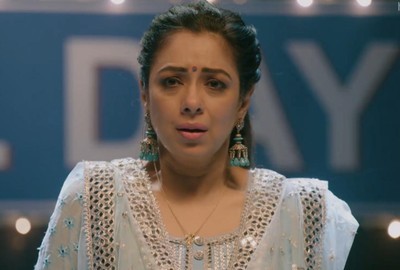 Star Plus popular show Anupama has never failed to impress its audience with its interesting twist and turn.

In the upcoming episode, viewers will get to witness some beautiful dance performances by gurus and students.

It was earlier seen that Kavya is leaving no stones unturned in turning Pakhi against Anupama.

Pakhi has yet not realized her mistake which is drifting her away from her family.

Kavya crosses her limits as she underestimates Anupama and tells her that she has to perform on stage where there will be a number of people who will watch her and judge her.

On the other hand, Anupama and her students get ready for their performance while Anupama gets nervous.

Bapuji and others leap into action as Anupama freezes

Anupama freezes on stage with fear as Kavya has already scared her with her words of being judged.

Meanwhile, Bapuji and other members reach there before Anupama's performance which brings back her confidence.

Anupama performances with her students and they rock the stage.

It will be interesting to see what new twist comes up.

Anupama: Kavya gets rid of dance performance to attend an interview call

Anupama: Kavya gets rid of dance performance to attend inter...

Anupama: Self-centric Kavya ditches Pakhi on stage In your ...

﻿Anupama: Major Entry, Anupama optimistic to save her Dance Academy

Anupama: Major Entry Anupama optimistic to save her Dance Ac...

Anupama to finally get new hope in Anupama TV serial Your f...

Anupama: Pakhi falls flat on her face to value Anupama

Anupama: Pakhi falls flat on her face to value Anupama One ...

Anupama: Pakhi realise Anupama's real worth patch up time next

Pakhi realize Anupama's real worth patch up time next in Sta...

Mysterious entry in Anupama TV serial to get mesmerised seei...