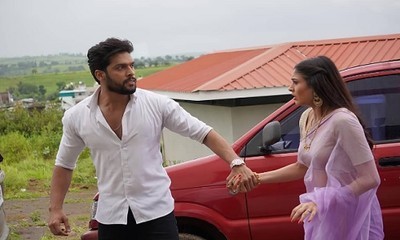 In the upcoming episode of Mehndi Hai Rachne Wali, a lot is going to happen in the story which should not be missed by you.

Raghav and Pallavi come to know the evil side of Mandar and thus determine to close his chapter.

Further, Raghav also changes his look to get into a mysterious disguise and trick Mandar.

The situation dramatically turns upside down and Raghav elopes with Pallavi.

Raghav and Pallavi play against Mandar

Interestingly this is also their master plan against Mandar.

How Mandar will expose his evilness before the Deshmukhs and how Raghav Pallavi will teach him a good lesson?

It would be interesting to watch what is Raghav and Pallavi's next move after they are aware of Mandar's next move.