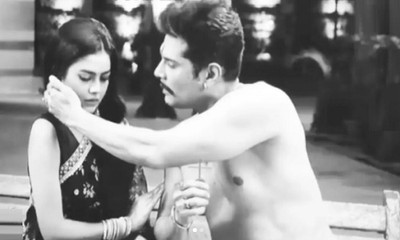 Virendra is shocked knowing Purvi lost her memory and this is why she is living as Dhwani.

While Virendra is not ready to lose his hope, he starts taking moments to get closer to her and make her recall her lost memory.

Here comes the moment when Virendra goes shirtless and tempts Purvi as he touches her hair and tucks them back on her ear.

Purvi at the same time feels for Virendra like never before.

While Purvi has started to feel for Virendra, will she recall her lost memory?

Stay tuned with Serialgossip.com to know the next big twists after the upcoming love and romance.