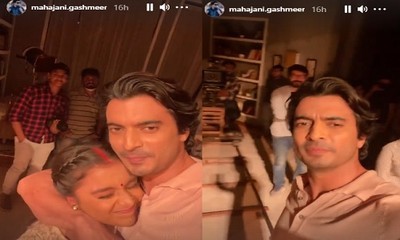 Actor Gashmeer Mahajani who plays the lead character role in Imlie TV serial is making his sudden exit from the show.

The actor posted an emotional video on his Instagram Story wherein he is thanking his director, cast, and crew members and yes his favorite Imlie.

Gashmeer Mahajani’s sudden exit from the show is quite shocking to the fans.

At the same time, he also notifies that now his character Aditya Kumar Tripathi has come to an end.

And this is what caught our attention.

Aditya and Imlie get separated forever

Satyakam gunshots Aditya just because he sees him with Malini and assumes their affair.

After this death twist, the Tripathi’s blame Imlie for Aditya’s death and we will also get to see Aditya’s funeral.

Is Gashmeer Mahajani’s exit from Imlie TV serial is permanent or there is some suspense,

Check out our latest posts at serialgossip.com to know more.