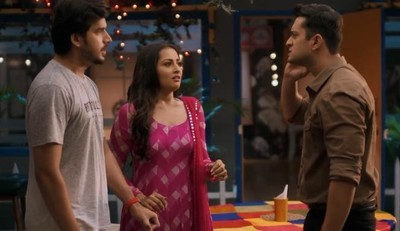 Star Plus serial Anupama will showcase Nandini and her past Rohan stirring a new twist in their life leaving Samar upset.

Nandini and Rohan come for a talk in Cafe where Nandini makes clear to Rohan that she does not love him anymore and has moved on in life.

While Rohan is not ready to accept this and claims his love for Nandini.

Nandini warns Rohan to go away while Rohan tries to force himself on Nandini.

Rohan is sure of Nandini's love for him irked Samar

This is the time when Samar jumps in to protect Nandini and warns Rohan to stay at bay or else it would be bad for him.

Rohan is sure that Nandini still loves him which leaves Samar upset and angry to the core.