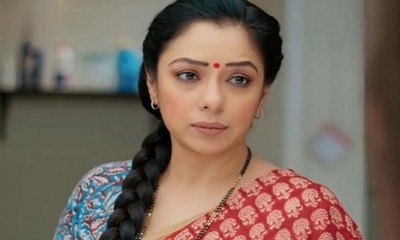 The upcoming story of your favorite TV show Anupama will see a major tiff developing between Anuj and Anupama.

As per the ongoing storyline, Anupama’s past lover Anuj returned to her life as he wants to help her in her tough time.

At the same time, he wants to confess his feelings to her which he failed to do in college time.

This brings a major change in the storyline.

Even so, things aren’t going to happen like how Anuj thought.

Anupama is upset with Anuj

Anuj offers the factory land deal to Anupama and also shows his interest in investing in her dance academy.

Anupama surely likes the offer but she doesn’t like the offer of 5 crores for a mere land which doesn’t deserve such a huge amount.

Anupama then misunderstands Anuj’s offer as his selfish deal because she is alone and divorced.

There is no doubt that Anupama has gone through a lot so she has trust issues but misunderstanding Anuj as selfish is quite unjustified.

Will Anupama agree to Anuj’s deal or she will end this story before its start?

Check out the new posts at serialgossip.com to know the full story.