Anupama: Kinjal fails to give time to Paritosh once again (Upcoming Episode) 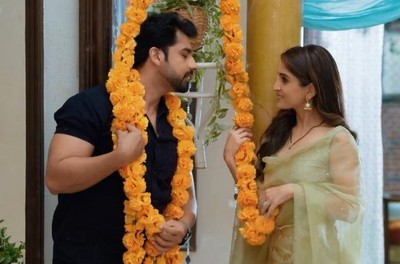 Anupama: Kinjal fails to give time to Paritosh once again

The upcoming track of Star Plus popular serial Anupama will showcase an interesting twist and turn.

It was earlier seen that seen Paritosh and Kinjal have sorted out their differences and reunited.

Its time for Janmashtami where Kinjal and Paritosh wants to turn Radha and Krishna.

Paritosh tries to romance Kinjal while Kinjal runaway and get busy with work helping Anupama.

Paritosh gets irked with Kinjal once again.

Where Paritosh is trying to spend some alone time with Kinjal but Kinjal fails to understand the same and gets busy always.

Anupama: This is how Anuj meets Anupama once again

Anupama: This is how Anuj meets Anupama once again The upco...

Anupama: Anuj Kapadia gets Samar out of danger