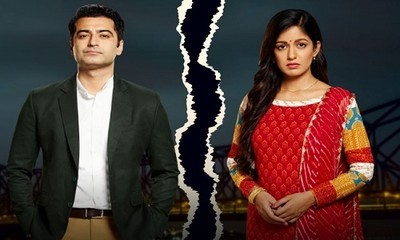 Arjun goes quite egoistic to dominate Kajol when she stops him from asking for luxury car as her father can’t afford it.

Thus Kajol takes a bold stand and refuses to marry Arjun after his father called her father a beggar.

Things dramatically take a u-turn when Arjun apologizes on behalf of his father and refuses to take any dowry.

And this is when Kajol falls into his trap.

Poor Kajol blindly believes in Ajun’s apology and accepts his marriage proposal back.

Arjun at the same time has the hidden agenda behind apologizing to Kajol.

Where Kajol doesn’t know how vile and evil Arjun is,

How will she get out of his nasty trap is unmissable.