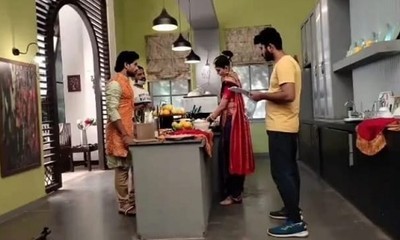 Star Plus TV serial Mehndi Hai Rachne Wali is looking forward to major ups and downs in the storyline.

As per the current storyline, Raghav and Pallavi close Mandar's chapter.

However, their challenges only get double because Sunny and Keerti want to get married and Raghav is not in their favor.

This brings other big troubles for the Raos because after Raghav house arrests Keerti, Sunny and Keerti both decide to rebel against him.

Raghav and Pallavi in big dilemma

Sunny and Keerti's entry before the guests shock Raghav and Pallavi because this is what they never imagined.

How will Raghav react to this? Will Pallavi be able to solve this big trouble is worth watching next in the show.

Check out the new updates at serialgossip.com