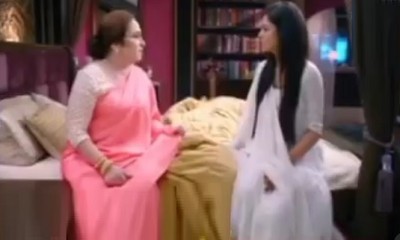 In the upcoming story of Colors TV serial Molkki, a lot is going to happen with Virendra and Purvi.

Virendra is trying his level best to make Purvi recall her lost memory but everything is falling out of his hands.

Meanwhile, Nani plays a new conspiracy against them when she confronts Purvi and questions her closeness with Virendra.

While Purvi gets confused, Nani compels her to come with them to the Delhi for the wedding or Daksh will misunderstand her relation with Virendra

And this is when Purvi agrees to Nani being unaware of how Nani is trying to separate her from her true love Virendra.

Daksh and Nani pack their bags when they reveal to Virendra that they are shifting back to Delhi for the wedding.

Virendra gets shocked because if they will leave then he will fail to bring Purvi’s memory back and eventually she will get married to Daksh.

So what will Virendra do or if Nani will succeed in separating him from Purvi?