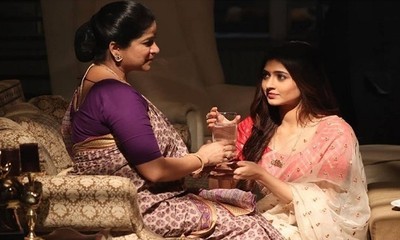 In the upcoming twist of the Star Plus serial Mehndi Hai Rachne Wali, a lot is going to happen in Raghav and Pallavi's life.

Raghav is trying his best to hide his diamond business from Pallavi.

Eventually, Pallavi finds that Abhishek died because of Raghav and here she bursts out at him.

Pallavi even calls him a murderer when once again their fight gets worse.

This time Raghav calls Pallavi a gold digger who married him for only money.

And this is when Jaya plays a prominent role in Raghav and Pallavi's life post-Raghav goes bankrupt.

Pallavi to fight for Raghav

Pallavi develops hate for Raghav after his disgusting blames and accusations on her.

However, when Raghav loses his mental balance because of suddenly losing all his money,

Jaya confronts Pallavi and tries to make her understand the reality.

Jaya only requests and convinces Pallavi to not leave Raghav or he will die because this is the time when she has to stand by him and fight for him.

Let's see how Jaya and Pallavi will save Raghav before it gets too late.