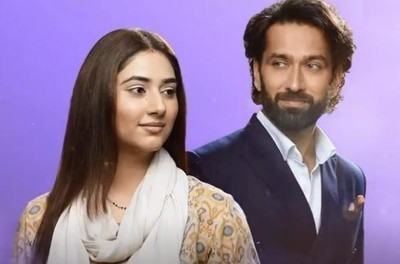 refuse to separate from Priya(Disha Parmar)

It is seen that Vedhika has joined hands with Nandini to split Ram and Priya.

Taking advantage of Ram's feelings for her, Vedhika tries to play an emotional game with him and make him sign the contract dismissing his marriage with Priya.

However, Ram reminisces his moments with Priya and he is unable to break the relation.

Ram goes in flashback and realizes that this relation more than just a contract for him.

Fortunately, Ram understands that he likes Priya and wants her to be a part of his life forever.

However, his refusal to sign leaves Vedhika and Nandini mused.

Ram self-assess his feelings for Priya

Further ahead, Ram is surprised when Priya became so important to him that even thought of being away from her is hurtful.

Ram feels anxious and decides that Shivi and Akki get married or not but he will not break his marriage with Priya.

Stay tuned to know if Priya would continue this relation with Ram without Shivi and Akki's marriage.