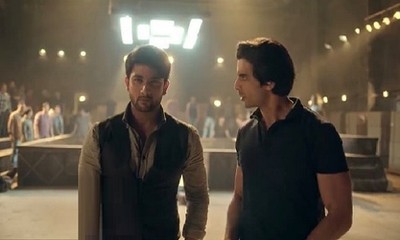 Imlie: Its Aditya vs Aryan, Imlie adds a major twist

Star Plus serial Imlie is gearing up for the dashing entry of Aryan Singh Rathod and we wonder how Aditya will adjust with him.

Aryan and Imlie’s first meeting comes out quite intriguing.

As Imlie gets hit by his car, she hopes for his help but what he does is only ignore.

Imlie gets super pissed off and destiny again brings them together when Aryan is getting the underground fight club vacant.

As the man challenges Aryan to fight him and assassinates his sister’s character, Aryan gets super furious.

And this is when Aditya comes to cover the news and get Aryan arrested but Imlie adds a twist by stopping him.

Aditya believes that Aryan is involved in this illegal fight club business while Imlie stops him from misunderstanding Aryan.

The moment she defends Aryan, Aditya gets angry.

Now it’s a war between Aditya and Aryan wherein we are excited to see the outcome.