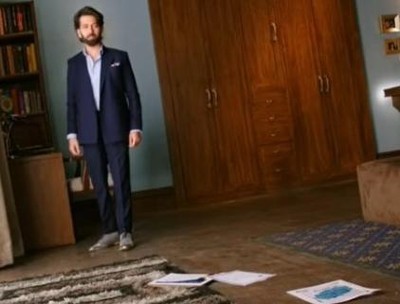 Though with much drama, Shivi manages to convince Ram for her bidaai, he is still frustrated by Priya's cheating.

Ram recalls their moments together when Priya had lectured him about trust and gifted him the showpiece.

In a fit of rage, he breaks the showpiece into pieces and cries his heart out.

Moreover, Ram is not able to believe that Priya could ever do such a thing, and thus he decides to let her go.

Meanwhile, the doctor sends some anti-allergy medicines for Priya stating her condition needs to be monitored.

Shockingly, Ram thinks Priya deserves this suffering because of her lie and refuses to give her medicine.

However, in his heart, he thinks it is his responsibility to take care of Priya as her sickness is real.

Now let us wait and watch if Ram will show his caring for Priya by giving her the medicines or not.

Stay tuned for further updates and drama coming up on the show.