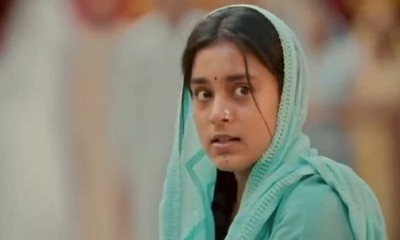 The prime-time TV serial Imlie is about to see a new story in the upcoming track.

The story is going to take an interesting u-turn with Aditya and Imlie’s separation and Imlie coming across Aryan Singh Rathod.

Aryan’s big brother Arvind died in an accident where after his sister has a phobia of fire.

Now when Arpita visits the temple, Aryan gets super tense recalling if she will see fire anywhere then she will get a panic attack.

And thus he recklessly runs to the temple and there he dumps into Imlie again while he ends up throwing her aarti plate.

Angry Imlie follows Aryan to lash out at him but when she sees Arpita near the fire, she quickly saves her before Aryan could reach her.

Interestingly that’s how Aryan gets impressed with Imlie.

The new story has begun and here Aryan is a new man in Imlie’s life.

Aryan thanks Imlie for saving his sister’s life and now it would be super exciting to watch what will happen next in the show.

Aryan gets his eye on Aditya (Gashmeer Mahajani) and Imlie (...

Aryan adds a twist in Aditya (Gashmeer Mahajani) and Imlie (...