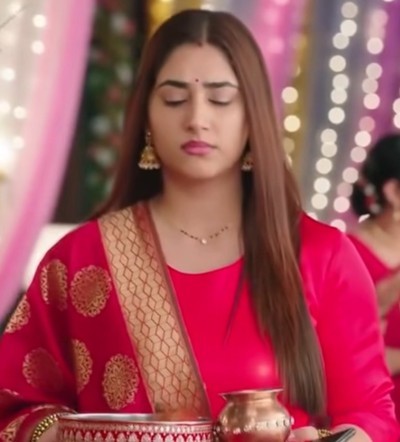 Sony TV's popular show Bade Achhe Lagte Hai2 is gearing up with an exciting twist in the upcoming weeks.

All the ladies have been fasting for their husbands on Karvachauth including Priya.

However, Nandini creates a misunderstanding between them by keeping a stained upma bowl in their room.

But truth doesn't hide for long and Ram learns about Priya's fast as she skips her medicine due to the Karvachauth fast.

Moreover, Ram asks for a glass of water from Priya when she realizes that Ram had also kept a fast for her.

Ram avoids signing paper to buy some time with Priya

Further ahead, Priya has signed the annulment papers but she is now confused about Ram's feelings.

Priya regrets having signed it without informing or discussing it with Ram.

Moreover, Ram avoids signing the papers citing Priya's fever so that she can stay back for one more night.

Now let us hope this one night brings some major twist and their decision of annulment gets canceled.

Stay tuned for further updates and drama coming up on the show.