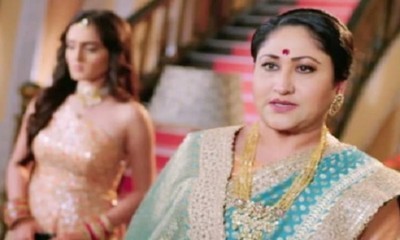 Aarav is trying his best to hold back his love life with Simar but here Geetanjali Devi is adamant to separate them.

Geetanjali Devi thus plays her new game the moment she gets some girl's photographs for him.

Geetanjali asked Reema to get Simar’s wedding fixed while here she brings some alliance for Aarav.

However, nothing like this is going to happen because Aarav flops it as he tears off all the photographs.

Aarav warns Geetanjali Devi and Reema to stop playing their dirty games because he is not going to marry anyone else except Simar.

While Geetanjali gets super pissed off,

Now it would be quite interesting to watch how he will stop Simar’s wedding alliance and fix their broken relationship.