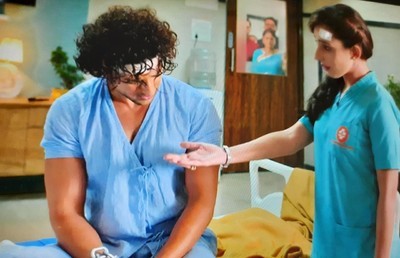 Zee TV's popular show Agar Tum Na Hote is up with some exciting action and drama.

Abhimanyu is discharged from the hospital and his further treatment will be done at home.

However, he is willing to go ahead with the treatment only if Niyati attends to him.

This infuriates Dr.Anand and he stops Niyati from risking her life.

However, Niyati does not wish to let down Abhimanyu's hope and hence she tries to convince her parents to allow her to attend Abhimanyu.

Shockingly, her father puts forward a shocking condition for allowing her to attend Abhimanyu.

Her father asks her to marry Dr.Anand only then she is allowed to handle Abhimanyu's case.

Niyati is shocked by her father's strange behavior and pleads with him to stop pressurizing her.

However, her father is adamant about getting her married to Dr.Anand as soon as possible.

Now let us see if Niyati accepts her father's condition for Abhimanyu or not.

Stay tuned to this space for further updates on the show.