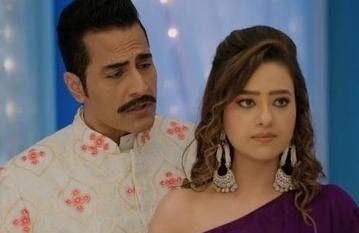 It was earlier seen that Vanraj is proved to be the biggest loser in his life where Anupama failed to prove this but Kavya did this extremely well.

Vanraj was well deserving but he is not going to let Kavya enjoy her victory by turning the Queen of Shah House.

Anupama who has nothing but still cares for the entire Shah family.

In the meanwhile Vanraj who once again realizes his mistake talks to Anupama and pours his heart out.

Vanraj tells Anupama that he wants to emerge as a winner rather than being a loser.

At the same time, he has earned much hatred for Kavya and wants to settle scores with her too.

Kavya gets alarmed about Vanraj's master plan against her.

What will Kavya do now?

Will Vanraj succeed in her master plan against Kavya?

Keep reading serialgossip.com for upcoming twist and future story on Star Plus Anupama.

Anupama: Vanraj feels the pain of betrayal apologizes to Anupama

Anupama: Vanraj's straight talk to Anupama over him wanting to be Winner not Loser

Anupama: Vanraj's straight talk to Anupama over him wanting ...

Anupama: Upcoming Happiness for Shah Parivar in one Frame

Anupama: Upcoming Happiness for Shah Parivar in one Frame T...