GHKKPM: Third angle in Virat's life as his wife not Dost (Future Story) 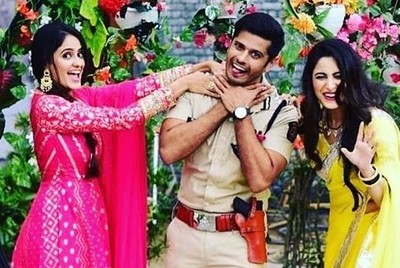 It was earlier seen that Virat marks his exit for his prime mission and Sayi is left behind alone.

Sayi wanted to confess her love for Virat and ask him the same but things are going to turn the other way round.

Pakhi supports Sayi when she is all alone left behind.

Pakhi warns Sayi about the upcoming storm in her life where she will soon fall in her place.

Pakhi reminds Sayi about one mission where Virat had to marry Sayi as her Farz.

At the same time Pakhi also warns Sayi about the third angle coming up in Virat's life as his wife and not only Dost.

Sayi worries for her future with Virat being in danger

Pakhi also warns Sayi that Virat is a man who cannot live his entire life with just a Dost where in some point of time he needs a wife to fulfil his pleasure.

Will Sayi get affected by Pakhi's talks and worry for her future?