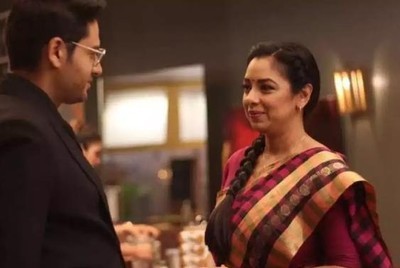 Star Plus popular serial Anupama will showcase interesting stories ahead with new twist and and turn.

It seems Bhavesh comes to meet Anupama where they share their childhood stories.

Also Bhavesh shows the Magnet which they used to play in childhood which he bought for his son.

Bhavesh informs Anupama about the mark on the magnet which Anupama stole it and lost the same.

However the lost magnet is with Anuj who has kept it safe for 26 long years.

Anupama comes to know about Anuj's immense love who kept her magnet safe with him till now.

Anupama is moved to see Anuj's love which is surprisingly everlasting.