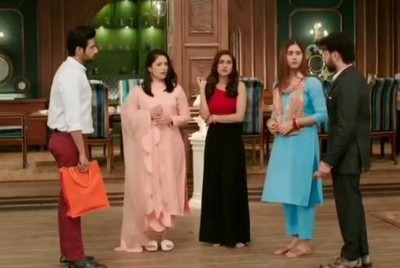 It was earlier seen that Vedika is not liking Ram Priya's closeness and wants Ram back in her life.

Vedika starts playing the game where she begins her game with Shashi followed by Ram and now Priya.

Vedika plans domestic violence where she targets Priya in her game along with Ram and Shashi.

Further Vedika wants to see concern for her from Ram's side so that he makes Priya out of his life.

While Vedika is unaware of the fact that Ram and Priya are into each other and much in love.

Vedika is trying to play her game well organized but she is unaware that she is not going to succeed in her game plan to separate Ram and Priya.