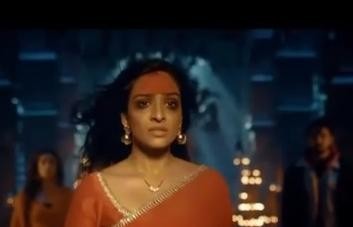 It was earlier seen that Laxmi learns the fact that Rishi is married to Malishka and his affair gets exposed to Laxmi.

Laxmi cannot take this truth as she loves Rishi a lot more than her own life.

Laxmi thought she was in a nightmare that she is going to lose Rishi while this happened in real.

Poor Laxmi refuses to look at Rishi and forgive him for his mistake.

Laxmi has an Oracle where there is no forgiveness for this mistake done by Rishi.

Rishi wanted to live life with both Laxmi and Malishka

Malishka is happy that Rishi can be with her while Rishi feels guilty of losing Laxmi from his life.

Rishi wanted to live his life with both Laxmi and Malishka.

What will Laxmi do now?

Bhagyalaxmi: Missing Mystery of Laxmi gets Rishi slapped by ...

Bhagyalaxmi: Shocking Leap Ahead! Laxmi's bombing re-entry in a new avatar after one year