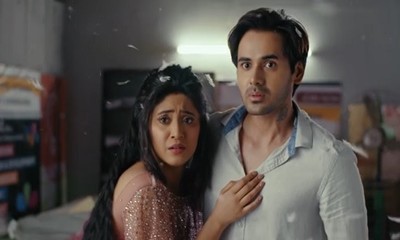 In the upcoming story of Balika Vadhu 2, a lot is going to happen.

Anand is quite suspicious of Jigar's intentions after he doesn't react to seeing him with Anandi.

While Anandi thanks Jigar for supporting her before Maadi Baa, she actually begins to turn softer towards him.

And this is when Anand guesses that Jigar is planning something really evil this time and that's when he decides to not let him succeed.

Jigar is using reverse psychology on Anandi to get in her good books.

While Anand is not ready to let Anandi trust Jigar, he thus barges into her room to reveal the truth to her.

However, will Anandi pay heed to him or Jigar will turn her against Anand?