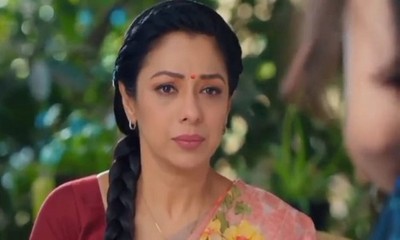 In the upcoming episode of Anupama TV serial, a lot is going to change between Vanraj and Anupama once again.

Vanraj and Malvika’s increasing proximity is pricking in Anuj’s eyes and Anupama can clearly sense something suspicious.

Thus, she takes a dig at Vanraj and warns him to not dare cross his line because she is standing there to fail his plans.

And while Vanraj defends himself, Anupama also reminds him that if he does anything that he shouldn’t, then they will be back to square one.

And that’s when it is revealed that Vanraj and Anupama are going to become enemies once again.

Anupama is not ready to give up on Vanraj’s new trick because she very well knows that he is up to take advantage of Malvika.

So, what is Anupama’s next move is super exciting to watch in the show.