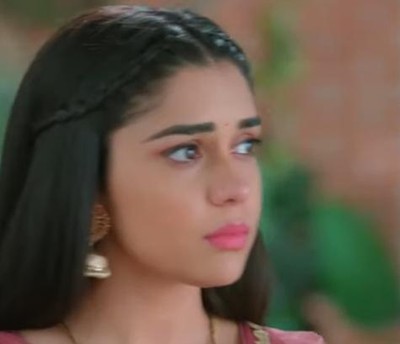 The upcoming twist of Star Plus’ show Sirf Tum will show a huge face-off between Ranveer and Ansh as the two brothers fight it off in a bitter battle for Suhani.

Viewers are now going to witness Ranveer’s fury unleashing as he will be furious with Suhani for leaving his mother Mamta although he had given her the responsibility of taking care of her.

Ranveer had trusted Suhani and therefore she broke his trust and this will make him think that Suhani is careless and doesn’t care for the promise she made him.

Ansh will see this as a perfect opportunity to get in the way of the two of them as he will try to protect Suhani from Ranveer’s fury.

This will be the beginning of a major face-off between Ranveer and Ansh which will lead to high intensity drama making Suhani heartbroken.

Suhani will be left shattered by Ranveer’s accusations and at the same time she is hurt seeing the drama unfold between Ranveer and Ansh.

Will Ansh succeed this time to create a permanent rift between Suhani and Ranveer? Stay tuned for more updates on serialgossip.com for Sirf Tum.

Sirf Tum: Ranveer to call off his wedding with Suhani

Sirf Tum: Ranveer to call off his wedding with Suhani Color...

Sirf Tum: New Drama! This time Ranveer to step back from marriage

Sirf Tum: New Drama! This time Ranveer to step back from mar...

Sirf Tum: Plot Twist! Mamta denies to accpet Suhani as her b...

Sirf Tum: Vikrant to put forth a condition to Ranveer to marry Riya

Sirf Tum: Vikrant to put forth a condition to Ranveer to mar...