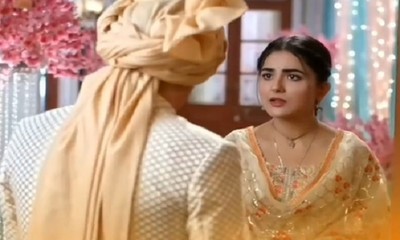 In the Hindi Zee TV serial Mithai, some major twists and turns are going to unfold next in the upcoming storyline.

So, far we have seen how Mithai has always been a bad girl to Girish as per his thoughts.

However, now when Sid is soon rushing to Singapore,

Here Mithai decides to somehow stop his trip or his exit will make Dadu and Girish alone.

Therefore, she now takes the big risk to talk to Girish and convince him to talk to Sid.

Consequently, this spices up the story now.

Mithai to take a big step

After a big fight, Sid determined to leave the house and shift to the Singapore.

However, now when Mithai has also decided to stop him, she here confronts Girish to talk to Sid.

And interestingly, her plan will also succeed.

So, let's see how Mithai's step will spice up the story now.

Stay up to date with us for more.