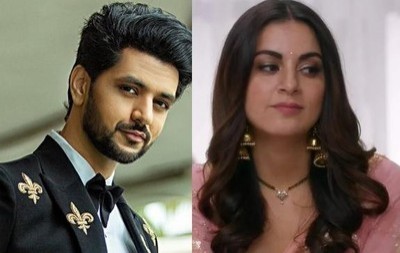 It was earlier seen that Karan is all set to die in the upcoming episodes where after Rishabh and Preeta is seen to be married with a leap of five years.

Rishabh and Preeta had to take this step for the sake of Karan's child.

Now we will get to see new entry of Shakti Arora in the series to come.

Shakti Arora is all set to play the role of Arjun.

Shakti reveals about his comeback to the Television after three long years.

At the same time he feels blessed to be part of such a popular show which is admired by all.

He is very eager to start with the series and waits for the appreciation of his role too.

Also he reveals that he is going to play a grey shade character with negative as well as positive instincts.

Its really a challenging role for Shakti Arora this time and he is all set to be a new trouble maker for Preeta.

Kundali Bhagya: Karan-Preeta's divorce, Rishabh to lead the story next?