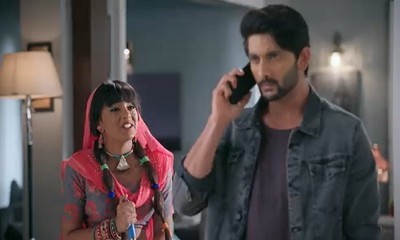 The current episode starts with an emotional confrontation between Aryan and Imlie.

Aryan is not ready to accept the child as it belongs to Madhav but he loves the child.

Imlie is hurt by Aryan’s misunderstanding and thinks to bring the truth out very soon.

The next day, Sundar in Imlie’s friend disguise, calls and informs Gudiya that Madhav gained consciousness.

Jyoti gets hell shocked hearing this news but acts happy before everyone.

Aryan plans to punish Madhav for everything he did with his Imlie when Harry laughs at Jyoti’s helplessness here.

The next, Imlie as Kairi disturbs Aryan when he calls Commissioner Mehek to complain about Madhav.

Aryan falls when Imlie holds him in his arms and blames him for flirting with her.

Aryan gets irritated when he finds his phone in the bucket of water.

Jyoti makes Harry eat the sweet which is poisoned. Therefore, Harry starts screaming in pain when the poison starts affecting him.

Jyoti tortures him but eventually gives him an antidote.

The next, he compels him to follow her to the hospital before Imlie.

Soon, when they turn to leave, they get shocked to see Imlie coming back and that with Madhav.

Jyoti stands shocked while Aryan holds Imlie’s hand when she brings Madhav inside the house.

Aryan swears to punish Madhav when Imlie determines to prove the truth.