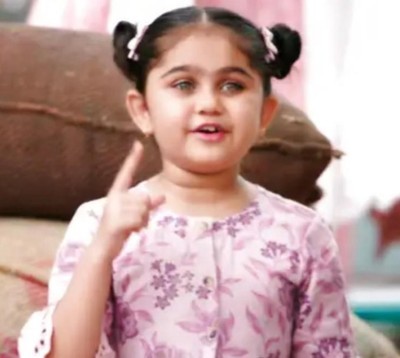 All of Priya's attempts to keep Pihu away from Ram fail and also Ram learns the truth that Pihu is her child.

However, Ram feels Pihu is Priya and Krish's child but soon he is going to learn the truth.

Pihu who is a smart child learns that Mr.Kapoor means Ram whom she addresses as Mr.Khadus is Priya's, Prince Charming.

Thus the big secret is out that Pihu is Ram's daughter and now the story gets more exciting.

Once realizing the truth, Pihu plans to unite her mother with her Prince Charming.

However, Priya does not want more complications and plans to leave Mumbai with Pihu.

But Pihu is as smart and determined as Priya and is going to unite Ram and Priya soon.

Let us wait and watch how will Pihu convince Ram that she is his daughter.

Keep tuned to serialgossip.com to get more news and updates on your favorite show.

Bade Achhe Lagte Hai2: Destined to meet! Ram and Priya get blessings at the temple

Bade Achhe Lagte Hai2: Together Alone! Ram and Priya trapped in an elevator