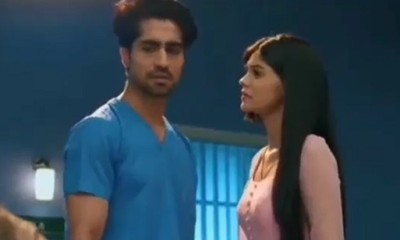 Star Plus family TV serial Yeh Rishta Kya Kehlata Hai (YRKKH) is about to witness a drastic confrontation between Abhimanyu and Akshara.

It is seen how Abhimanyu and Akshara both are currently on the odds and the dynamics between them are only getting worse.

Meanwhile, when Dadi gets a panic attack and is thus rushed to the hospital, Abhimanyu finally realizes that she must have heard his and Akshara’s fight.

And now when the truth comes out, the furious Goenkas can’t hold back their anger from bursting on the couple.

Eventually, the situation deteriorates more between the couple

Now, what do you think will be Abhimanyu and Akshara’s next step?

Will they patch up or fight more badly?