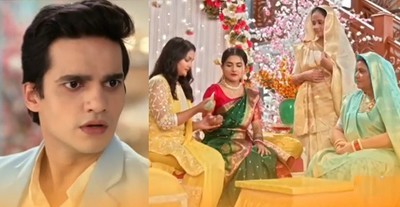 The Hindi Zee TV serial Mithai is all set to see further a high time in the storyline.

Finally, it is revealed that Girish is not going to let Mithai become the daughter-in-law of the family.

While Shubham planned to ditch Mithai in the mandap by refusing to marry her at the last moment,

Sid doesn't want Mithai's life to get ruined just because of Shubham's betrayal.

Thus, Sid now holds Mithai's hand and turns to do the wedding rituals with her.

Now, it would be super exciting to watch how Sid and Mithai's love story will kick-start after this namesake marriage which happened to save Mithai's dignity.

Stay tuned with us at Serialgossip.com