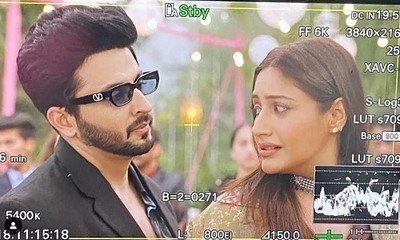 Recently, we have been updating you with the top exclusive news from the sets of the show.

So, here we are back with another exclusive glimpse from the show.

Dheeraj Dhoopar and Surbhi Chandana are decked up in traditional wear and the desi couple is just slaying in their new looks for the show.

The story will revolve around the love story of Sherdil and Shergill wherein the details are yet to be confirmed by the makers.

Dheeraj Dhoopar was last seen in Kundali Bhagya while the actress Surbhi Chandana was lastly seen in Naagin 5.

So, once again when this onscreen couple is teaming up for their new show, their fans are left all excited and desperate to watch them onscreen as soon as possible.

The show cast and crew have started the shooting in Shimla.

We will keep you updated with all the exclusive news about Sherdil Shergill at serialgossip.com