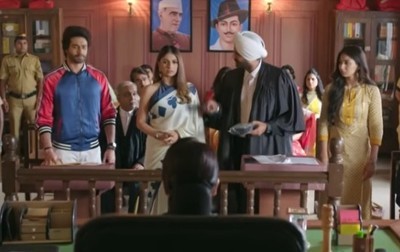 Mose Chhal Kiye Jaaye: Armaan in trouble as his plan is ruined

Zee TV's most liked show Bhagyalaxmi is gearing up for high drama and interesting twists.

As per the ongoing track, Armaan and Prisha are fighting in the court of law over the custody of the babies.

Armaan has tried to manipulate all the witnesses and collect fake evidence to prove Soumya's mental instability.

However, all his tricks are ruined by Goldie with his smartness leaving Armaan's case weak.

Further, Prisha has been trapped as she is caught on video delivering drugged ladoos to Soumya.

The ladoos are sent for tests that prove it has been drugged to prove Soumya is mentally unstable.

Prisha pleads to Armaan to save her from going to jail but he is helpless considering the proof.

Now it will be interesting to see what judgment the court will give to Armaan for his manipulations and cheating.

Keep tuned to serialgossip.com to witness Soumya getting justice for her and her babies.

MCKJ: Prisha exposed! Will Armaan accept crime to save Prisha?

MCKJ: Show to take a leap with a New makeover for Soumya

MCKJ: Show to take a leap with a New makeover for Soumya So...

MCKJ: Oh No! Armaan instigate Sushma against Soumya land her in trouble