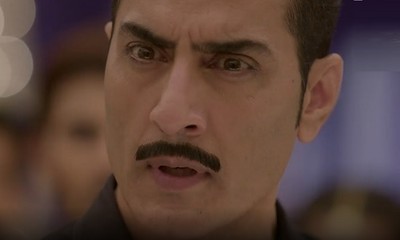 Star Plus Hindi TV serial Anupama is witnessing quite a lot of drama in the baby shower function which was meant to go peacefully.

Adhik and Pakhi’s love relationship finally comes out when Vanraj catches them red-handed getting closer in the room.

This much is not enough that she even humiliates Vanraj and Anupama before everyone and demands her right to love and like anyone she wants without any objection.

And here when Anupama stands with Pakhi only to calm down the situation and later make her understand things,

This intensifies the drama because here Vanraj shockingly accuses Anupama of how Pakhi crossed the line to disgrace him and his family.

Anupama falls into a dilemma

Poor Anupama falls into a deep dilemma with Vanraj’s accusation because ultimately, they both are responsible for Pakhi’s upbringing then why only she is getting blamed.

Thus, the story will now see Anupama finding a way to settle down everything.

However, will she be able to save Pakhi from Adhik’s love trap?

Stay tuned with us at serialgossip.com

Anupama: Netizens react to the Latest PROMO as Pakhi misbehaves with Vanraj

Anupama: Netizens react to the Latest PROMO as Pakhi misbeha...

GHKKPM: Ayesha Singh finds it challenging to play the role of mother, Will say goodbye?

Anupama: Pakhi breaks up with Vanraj not Adhik

Anupama: Pakhi breaks up with Vanraj not Adhik In the lates...

Anupama: Anupama gets trolled for this scene in the show, Check Out

Anupama: Anupama gets trolled for this scene in the show, Ch...

Anupama: HIGH DRAMA!! Adhik and Pakhi confess love for each other

Anupama: HIGH DRAMA!! Adhik and Pakhi confess love for each ...