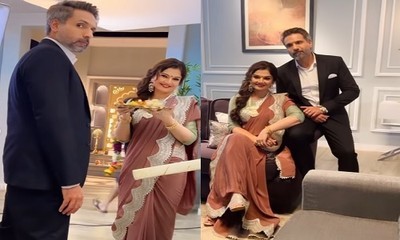 Deepshika Nagpal is roped in the show and we have shared an exclusive glimpse of her character in the show.

Deepshika Nagpal is mostly known for her antagonist character but this time she is playing the positive character role.

Iqbal Khan and Deepshika Nagpal are family relations onscreen and now Rachana Mistry’s entry into Iqbal’s life will spice up the storyline.

Vidhi to find her love

The show will portray the love story of Iqbal and Rachana wherein there is a huge gap in age.

However, Vidhi will accept this love and will fight back against the world.

Let’s wait a bit to see how intriguing the next story track will be.