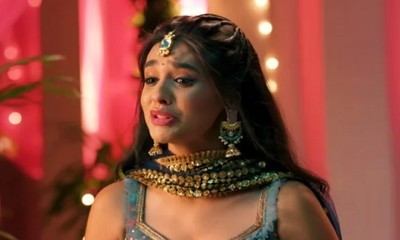 Star Plus top TV serial Yeh Rishta Kya Kehlata Hai (YRKKH) is gearing for some big changes in the storyline wherein a new controversy has hyped the show upcoming changes.

There is a latest buzz that the makers of the show are not so happy with Pranali Rathod’s character.

Therefore, the makers are planning to replace Pranali Rathod in the character role of Akshara.

And this major rumour of the show has left everyone wondering about if this news is really true.

So, further in the story to come, the makers are going to focus primarily on Akshara’s character.

However, they are replacing Pranali Rathod or not is worth watching next in the show.

Stay tuned with us at serialgossip.com for the latest updates.