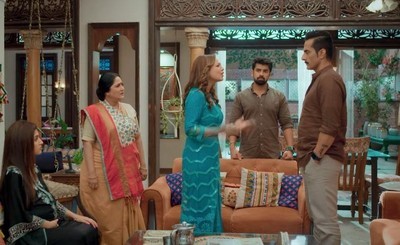 Star Plus serial Anupama is coming up with multiple twist and turn once again to keep the loyal viewers hooked to the television sets.

We all saw the Pakhi and Anupama drama where Anupama walked silently as always turning Mahaan and showing her Mahaanta.

Also Pakhi's Besharmi is being perfectly highlighted by Kavya and Kinjal where this time Pakhi regrets.

Pakhi cries but its too late to realize her big mistake of her life which can never be rectified.

Pakhi cries before Vanraj saying that she did big mistake and wants to say sorry to Anupama.

Pakhi is too late to console Anupama

Vanraj gets frowned when he felt his victory when Pakhi humiliated Anupama and stopped her entry in Shah House.

Vanraj does not want to see Anupama and Kapadia Parivar in Shah House ever again and he does not pay much heed.

Vanraj had left his Arrow by keeping the Bow on Pakhi's shoulder which perfectly hit Anupama and Anuj.

Is this Vanraj's biggest victory or many more things are lined ahead?