BALH2: What! Ram's change of personality Flirts with girls for fun (Latest Update) 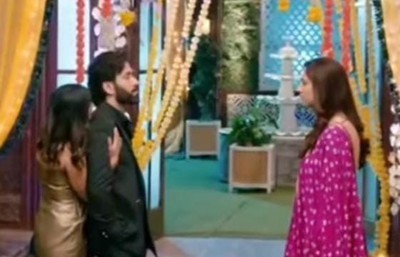 As revealed, after knowing Pihu's truth, Ram goes wild in anger and bursts out at Priya.

Further, Ram humiliates Priya for having fun with Krish in spite of being a mother to someone else's child.

Priya is stunned to hear such nonsense from Ram and is left shaken.

Furthermore, Ram throws Priya out of the house without giving her any chance to explain.

Soon, viewers will get to see a transformed Ram who will be seen attending pubs and enjoying.

Ram will get close to other girls and flirt with them to hurt Priya.

Seeing Ram losing his track, Priya gets worried for him.

Let us wait and watch how will Priya convince Ram that Nandini is the real culprit.

Stay tuned to serialgossip.com for high action and drama coming up soon.

BALH2: Priya and Ishaan's confrontation open up hidden secrets in front of Ram

BALH2: Oh No! Vedhika brainwashes Ishaan with her evil deal