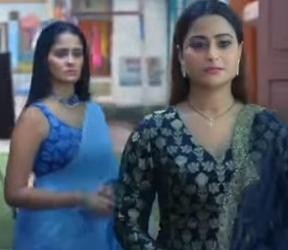 Sayi is surprised to see Pakhi as Virat's wife finally where she always loved him.

Sayi informs Pakhi that she is the old Pakhi but Sayi is changed now.

When Pakhi just smiles and asks her if she will come to Virat's house with her leaving Sayi puzzled and confused.

Sayi does know if Pakhi is playing some new game with her.

However Sayi cannot make the decision and she refuses to return back to Chavhan Niwas.