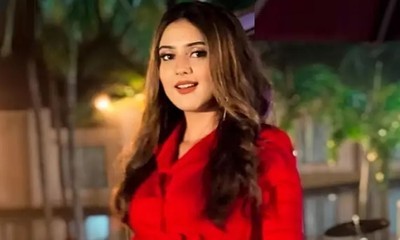 In the upcoming intriguing track of Star Plus serial Banni Chow Home Delivery, a lot is going to change and we don't want you to miss Riya Sharma's entry in the next track.

Recently, it is seen how Agastya Kapoor spices up Yuvaan and Banni's life.

So, now actress Riya Sharma is entering the show to jazz up the ongoing track.

Riya Sharma is playing the character opposite Arjit Taneja aka Agastya Kapoor.

And here she has a pivotal role to play next in.

However, here Banni's character doesn't end but she accompanies Yuvaan to the show promos and the episodes shoot.

Thus, how Agastya's past revelation will involve Yuvaan and Banni is super exciting to watch next in the show.

BCHD: Banni turns the table around making Agastya GIVE UP

BCHD: New Hero in action for Banni to irk Yuvaan