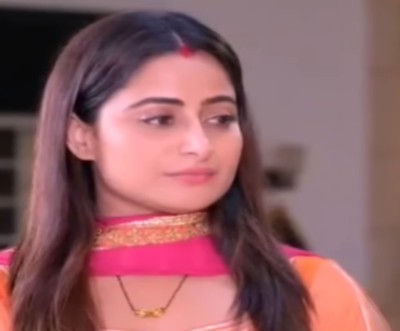 In Ghum Hai Kisike Pyaar Mein Pakhi will now be the highlight of the show in the upcoming episode as Pakhi's disease will take up the most of the script.

As we all know that the makers of the show are proposing to close the show as the storyline and concept is all done with all sorts of possible twists and turns.

Pakhi will now be seen detected by a disease wherein Pakhi's only destination will be death and no looking back.

The twist will be that Pakhi will get to know about this and now Pakhi will jot down a super duper plan.

It seems that Pakhi already must have known about her health issues and so Pakhi for that reason was all set to get Sayi back to Chavhan Niwas.

In the upcoming episode of Ghum Hai Kisike Pyaar Mein Pakhi will call upon Sayi to Chavhan house so that Sayi and Virat can get united once again.

Pakhi will want only one favour from Sayi and that will be to take care of Vinayak as and when Pakhi breaths her last breath.

Now, the question which arises is that will the show come to an end just with Pakhi's death or are the makers of the show even planning out a sequel with Vinayak and Savi's future?

Stay tuned with me to get some more amazing updates on Pakhi and Sayi's last conversation.