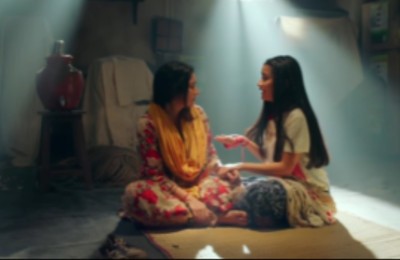 In Udti Ka Naam Rajjo the situation amidst Rajjo and Manorama will be seen all tensed as Rajjo will now pick up courage in the upcoming episode.

Rajjo will know that Manorama is surely hiding something big from Rajjo and also Rajjo will not be seen pressurizing Manorama on the same.

Rajjo however will be seen head strong as Rajjo will make two decisions for herself post thinking for the entire night.

The number one will be that Rajjo will straight away deny to get married to Vicky and also return to Manorama and Rajjo's village.

The other will be that Rajjo will desperately want to go to Mumbai to take part in the Common Wealth games.

Rajjo kicked out of Thakur house on Urvashi's demand

Udti Ka Naam Rajjo will make sure that it's audience are thoroughly entertained with loads of entertainment in the next few episodes.

Rajjo will ask Manorama to let her particpate in the sports competitions which will make Manorama get tensed to another level.

The storyline will now pick up all the more interest of the viewers as Rajjo will be kicked out of Arjun's house as Arjun will not be able to do a single thing.

Will fate make Arjun and Rajjo meet up in Mumbai?

Stay tuned with me to get some more updates on Rajjo and her decisions.

Rajjo: Rajjo make Pushkar feel as the next God, beg for work