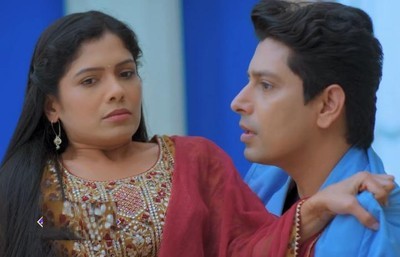 It seems Kusum is tied up with RIshi's alliance where Saroj wants the marriage to happen.

For Saroj prestige of the family matters as she comes from an orthodox tradition moreover the pressure of Dadi Saas.

Rishi crosses his limits when he is invited for lunch and Kanha gets Yash too.

Seeing Yash and Kusum's binding Rishi gets much irked when he decides to frame the duo.

Rishi intentionally puts his leg in between where Kusum trips on and falls on Yash where it looks like she sat on his lap.

Rishi creates a big commotion out of the same where Kusum sits on Yash's lap where furious Kanha is ready to break the finger pointing at his sister's character.

Let's see what twist is waiting ahead in the show.