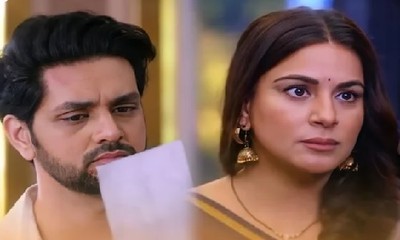 In the Hindi popular Zee TV serial Kundali Bhagya, now you will see Karan turning most revengeful soul against Rishabh and Preeta.

Karan finally knows that Kavya is his daughter and thus he goes to meet her in the Luthra House.

However, Preeta and Rishabh get court restraint order to keep him away from Kavya.

Therefore, this infuriates Karan to such core that he goes mad to somehow get his fatherly right.

Moving further in the show, now you will see Rishabh and Preeta facing Karan's hatred more.

While they both are unaware of Arjun's real identity,

Let's see how Karan first gets them divorced to execute his wedding plan.

Kundali Bhagya: Will Arjun ever reveal his identity of being Karan?

Kundali Bhagya: Will Arjun ever reveal his identity of being...