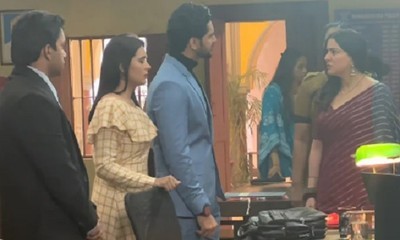 Zee Hindi TV serial Kundali Bhagya is about to see further a major turning point in the upcoming storyline.

Recently, it was seen how Preeta takes court restrain order to keep Karan away from Kavya.

The story here takes a U-turn when Kareena gets Anjali on Rishabh's accident charges.

So, Karan here surely gets Anjali bail out,

The twist in the tale is actually Anjali being the real mastermind who will now play a big game in Karan and Preeta's life.

Karan wants to marry Preeta so that he can get fatherly right on Kavya.

Though Anjali supports him in the front, in actuality, she doesn't want him to anyhow return to Preeta as she developed feelings for Karan.

So, let's see how Anjali will become an enemy whom Karan takes as loyal friend.

Kundali Bhagya: Will Arjun ever reveal his identity of being Karan?

Kundali Bhagya: Will Arjun ever reveal his identity of being...