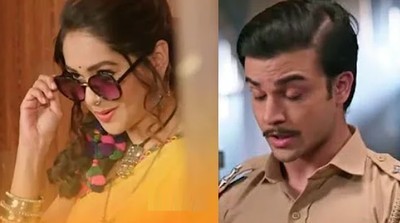 So, Rhea surely tries her best to get rid of the goon's captivity but eventually the foolish girl gets herself trapped.

Ranbir and Sahana disguise as Police to attack the goons and save Mihika and Rhea.

Interestingly, they fail and now Prachi comes in her sexy Basanti avatar to tackle the goons.

Ranbir and Prachi to find the truth

Meanwhile, Ranbir and Prachi will also give the climax to Rhea's dirty planning and plotting.

Let's see how they will now prove Rhea's pregnancy to Pallavi.

Stay tuned with us at Serial Gossip for more updates and the latest news.

Kumkum Bhagya: Ranbir learns that Rhea is not pregnant Zee ...